This is a circular route that starts and finishes at the same point, all within the boundaries of the municipality of Baleira. The “Fontaneira Route” is 10.12 km long and takes walkers along well-trodden paths, although some are in need of renovation as they have become overgrown due to lack of use.

The series of paths and tracks that make up this route are those traced by local residents to collect natural resources or to connect the various settlements. The circular route departs from the church of A Fontaneira, passing by Cova dos Mouros before coming to the village of Suagranda. The renovation plans for this route include the path that the children of Estornín and the surrounding area took as they made their way to the school in the centre of A Fontaneira.

The planned route takes in the site known as Cova dos Mouros. These caves are currently under inspection by the heritage experts from Galicia’s Autonomous Government (Xunta de Galicia) in order to catalogue and date the rock art that was discovered on the walls of this dwelling inhabited by a blacksmith in the last century. Other noteworthy elements to be found on the path planned for the “Fontaneira Route” are Penas and Estornín mills, popular meeting places for locals, situated on the steep slopes that line this area, giving us an idea of the hardiness of the people of yesteryear.

Cova dos Mouros nestles just over one kilometre from the village of Fontaneira, part of the municipality of Baleira. With a depth of around 20 metres, a total of eleven paintings have been discovered in this cave to date, although it is thought that there may be more. The rock art consists of a series of motifs featuring parallel groups of semicircles, as well as a number of vertical lines, in addition to what could be the odd anthropomorphic figure. Studies have concluded that this rock art is an “outstanding example” of schematic paintings, which generally date back to between 5000 and 1000 years before the Common Era; in other words, between the Neolithic and the Bronze Age. 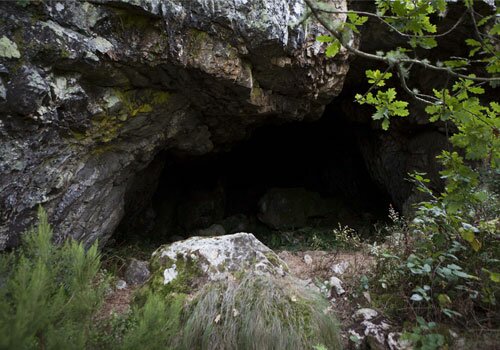 After leaving Suagranda, situated at kilometre 3,500, we continue our descent as far as Rego de Cubilledo, the site of two mills, known as “Penas” and “Estornín”. This stretch takes us across the stream known as “Rego Cubilledo” via an ancient crossing point. The renovation plans include the construction of a new walkway that will take us through the heart of a wood of ancient oak trees known as O Carballal. A walk of some 1,700 metres will bring us out onto the Penas road, which leads to the hamlet of Estornín. 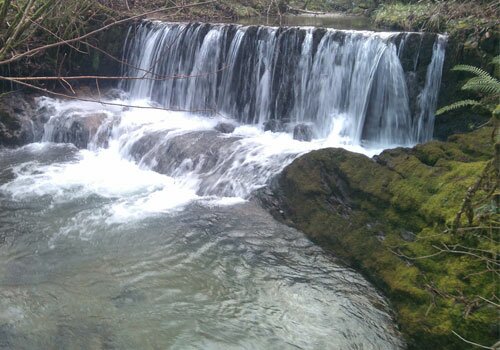