This is a circular route that starts and finishes at the same point, all within the boundaries of the municipality of Baleira. The “Rutas Das Loras” is 13.1 km long and takes walkers along well-trodden paths.

The name of this route – Loras – refers to the fact that the residents of the parish of Librán, which stands on the paths included in this hiking route, would walk to the communal woodland called “O Carballal” to gather the fine oak twigs that they would then use to make loras – the ropes that held together the centre of the head yokes of the pair of animals used to pull carts or ploughs. They sold their wares at the country fairs and markets held in the surrounding villages and towns such as Meira, Castroverde, and Baralla, or during the festivities of San Froilán in Lugo.

Dotted along this route are numerous hórreos – typical Galician granaries such as this one, located in Penas. The granaries in this area are similar to those that can be seen in Asturias: square-shaped constructions raised on pillars with a thatched ryegrass or slate hip roof. 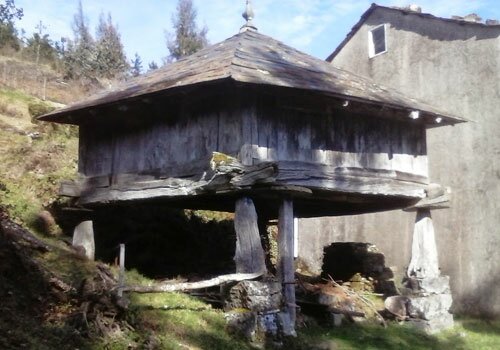 Campo da Matanza, in the parish of Esperela, was the site of a battle fought in the year 813 between the invading Moors and King Alphonse II “the Chaste”. A testimony to this historic event is the coat-of-arms that can be seen on the Town Hall featuring a Christian soldier stabbing Moorish troops. Excavation work carried out in this area uncovered armour, spurs and human remains. 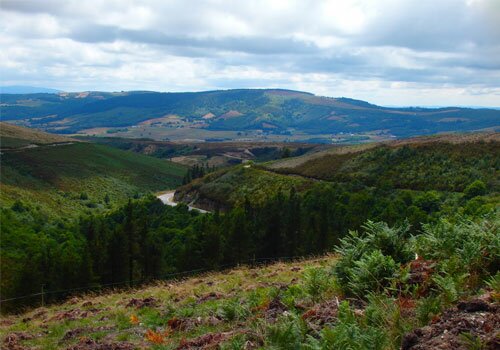 From the Penas viewpoint, we begin our descent along the ancient “Flour Route”, which the residents of Penas used to make their way to the mill located in Golpilleira to collect flour they transported in the saddlebags of their horses or donkeys. This area affords breathtaking views of the fields, hills and valleys in this area. 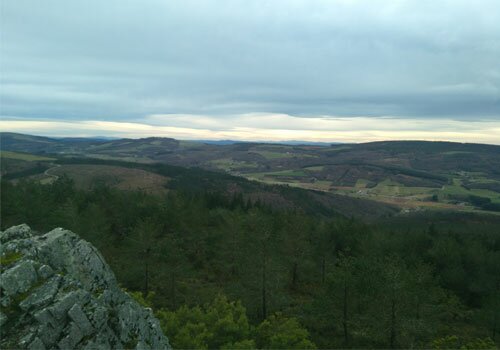